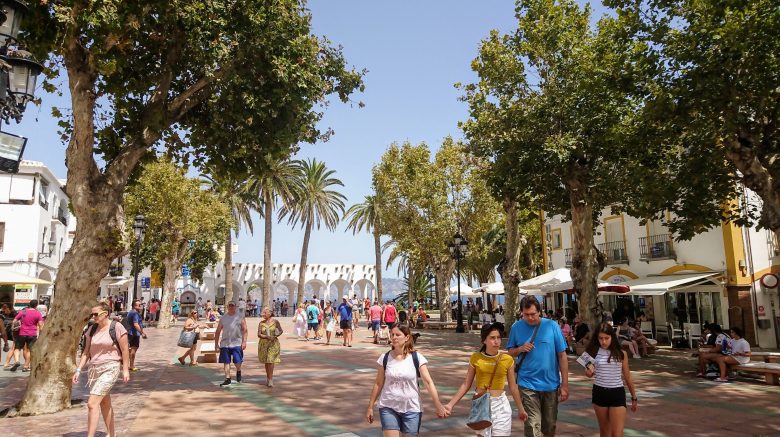 There are a number of fundamental characteristics that make a city walking friendly, that encourages people to walk and that can be adapted to any city and urban area around the world.

However, as each city has its own culture, climate and built and social environment it is essential that the local context and priorities are also integrated; so the best walking environment for the city and its population is created. The following elements are key to structuring any city around walking and has drawn upon existing research and case studies from around the world.

1) Designing streets for people not cars

Cities all over the world are waking up to the benefits that reducing motorised transport can have on the health and quality of their urban environments. The now well documented negative health impacts of designing our streets around cars both on people’s physical health through inactivity but also increase road danger risk are both linked to premature deaths and a global health crisis.

Road pricing to disincentives private vehicle use: For these reasons there are now pioneering cities across the globe that are disincentivising car use in urban areas through innovative road pricing policies. London enhanced its congestion charging zone to the Ultra Low Emission zone in 2019, with future plans to expand and increase this further; other cities including Singapore, Stockholm and Milan also have congestion charges.

Restricting motor vehicles movements & re-allocating space: Road pricing also needs to be combined with what many countries and cities are doing by restricting motorised vehicle movements in urban areas. By closing roads to motorised traffic through both temporary and permanent schemes. And replacing them with people focused streets such as pedestrian zones, cycling days and places where people perform the main movements.

However, all these measures to reduce car use must be accompanied by policies and practices that promote walking and travel by other means such as walking, cycling and by public transport.

It isn’t enough to restrict car use and reduce dominance in cities, investment in improving the walking environment is also essential.

Cities need to make people want to walk by creating attractive, safe and direct walking networks that are viable alternatives to using private vehicles. Whilst also ensuring that these walking networks are linked with key walking routes between city centres, residential, commercial, education and recreational areas.

Creating places where people want to spend time and with things to see and do is also very important when it comes to walking friendly cities.

To reductuce private motorised vehilce journeys it is essential to make sustainable public transport in cities viable alternatives for travelling distances that cannot be made by walking or cycling.

To make this a reality the following principles can be followed:

In addition to the traditional examples of successful transport systems such as Berlin, Singapore, London, Shanghai etc; other examples are emerging that utilise local innovations and engage and provide for their communities, such as:

Integrating walking networks and routes into urban planning is essential for cities to encourage people to walk.

Creating cities that embrace mixed use planning principles, that bring together residential, commercial, recreation and education elements in neighbourhood / town centre sized areas of around 400m2 have been shown to increase walking and cycling rates in residents and visitors. Whilst the more mixed land use an area of a city has the more reasons there are to visit it and walk.

Green infrastructure is also a core key element of a walking friendly city and one that has multiple benefits for both people and the built environment. Cities and places that have a high level of greenery both on streets, including trees and planting on streets and buildings as well as regular open green spaces and parks, have been shown to increase the levels that people walk. In addition, greenery on streets also improves pedestrian safety as they have been shown to reduce road speeds.

Find out more by reading our article on the benefits of Walkability from Green Infrastructure in Cities.