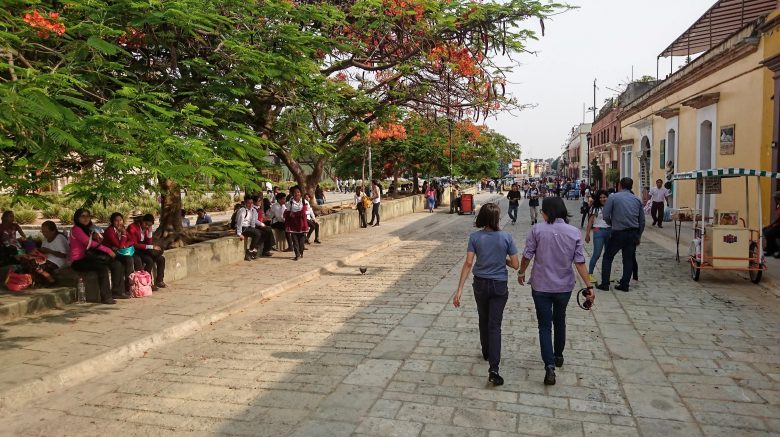 Street and urban design has traditionally favoured the car

On one side very car dominated streets can be found with:

In addition, often pedestrian infrastructure and accessibility is lacking in certain aspects:

However, there are also many positive and interesting elements to the walking environment and infrastructure in Mexico’s cities that should be championed, and that other countries and cities can learn from highlighted in 5 focus areas below:

“Metro bus provision in Mexico led to reductions in lane widths showing that we can reduce lane width. Which highlighted that there is political will to improve some aspects of street design around people.”

In summary – there is a long way to go to reverse the car dominated street design and culture in Mexican cities. However, there is an overwhelming amount of positive examples from across the country of innovative urbanism, street design and place making that are working to improve the ‘Peatonal’ experience and that can and should inspire the world.