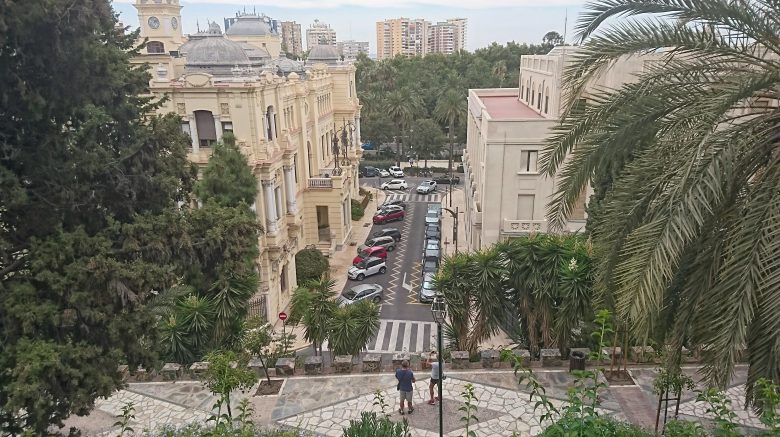 This article outlines the main benefits that nature in cities bring to the urban environment and how they are a vital component of the sustainability and health of every city; with both local and global environmental impacts.

Trees and planting on streets has been shown to improve air quality in up to a 100 foot radius by absorbing and also creating barriers from particulates from air pollution in urban areas.

The Nature Conservancy’s Global Cities Programme report estimates that tactical tree planting could save up to 30,000 lives year by improving air quality. With studies showing that roadside street tree planting reduced indoor PM10 levels by 50%, and that a single tree can reduce levels behind the tree by 15%.

The report highlights that localised tree planting can have meaningful reductions in localised air pollution; and therefore that tree planting in all urban areas is essential.

The UN Food and Agriculture Organisation highlight how trees can cool the air around them by between 2-8 degrees Celsius, thereby reducing the impact of the ‘Urban Heat Island’ effect on our cities and making cities more livable. The cooling that trees provide means that air conditioning demand, costs and use of electricity drops.

In addition, by cooling cities, trees can literally save lives with studies showing that for every degree Celsius reduction you can reduce mortality rates by 3%.

In addition to having a positive impact on the local urban environment trees also play a big role in improving the environment globally. Research by UCL in 2018, that compared some of London’s urban forest to that of tropical forests, showed that urban planting can sequester and contain as much carbon as tropical forests.

This highlights the vital role that urban forestry and planting can play in mitigating climate change by absorbing CO2.

Trees and urban greenery can also reduce flood risk in cities, which due to climate change is becoming a more and more important issue for cities. The World Bank has highlighted how the planting of specific species can alleviate flood risks in urban areas. The creation and planting of Sustainable Urban Drainage Systems (SUDS) on streets are a key way to reduce water run-off and flooding and also increase greenery at street level.

Trees and nature as a food source for urban communities

The planting of specific trees and plants in cities that produce food can also provide a vital source of food for urban communities. You only have to look to Havana, Cuba, after the fall of the USSR and food shortages to see how a city can produce food; between 50-90% of Havana’s food was produced in the city.

Trees and the levels of greenery in cities increase people’s propensity to walk and be active, see article Walking Cities are Green Cities for more information.

For all the environmental benefits that have been discussed that trees bring to cities, you would perhaps think that they came at a high price tag. However, it has been shown that the costs of trees to mitigate both air pollution and absorb CO2 are comparable and if not lower than other similar measures.

US based research has gone further and quantified all the benefits that trees provide to large cities and calculated the cost savings they provide to all areas of society and the environment to be at $500 million per year. And that if tree planting was targeted in heavily urbanised and densely populated areas the benefits could be doubled.

In summary – urban green infrastructure in the form of trees and other natural settings enhance the environmental sustainability of cities in a huge variety of ways; and have been shown to be economically efficient at doing so.